Through its revolutionary strategy, a local physical adsorption treatment of wound bacteria is used instead of the traditional approach of a systemic antibiotic treatment. PAWT can even successfully  treat  "hard-to heal" wound infections,  which are "protected" by a Biofilm or wounds which are contaminated with antibiotic resistant MRSA and Extended spectrum beta lactamases (ESBL) producing bacteria like Escherichia coli (EHEC; E.coli) and Klebsiella.

The first ambulant PAWT facility is planned to open in Switzerland in 2020.

The unique effect of PATHELEN® THERAPY is achieved through various simultaneous complex mechanisms of:

• Elimination of the biofilm

• Sorption of pus and toxins (including large amounts of problematic lipopolysaccharides)

• Preparation of a physiological wound environment with granulating tissue

Starting in 2014, the PATHELEN® ANTIBACTERIAL WOUND TREATMENT has been successfully applied to various patients and in different hospitals.

Below are some examples of successful treatments of MRSA infected wounds:

9 days after PAWT full coverage of the wound by granulation. Start of epithelization

After 5 days - wound is actively granulated and epithelialized. PAWT was terminated. 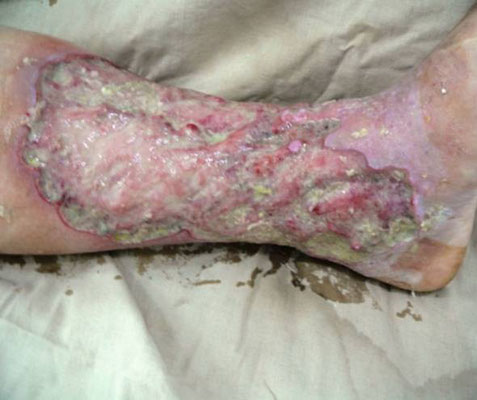 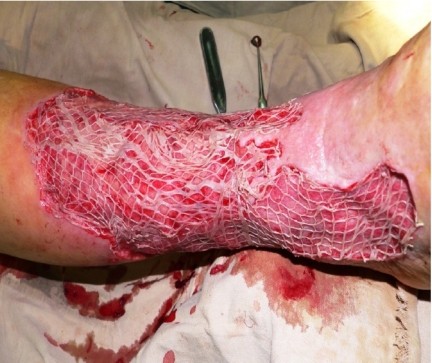 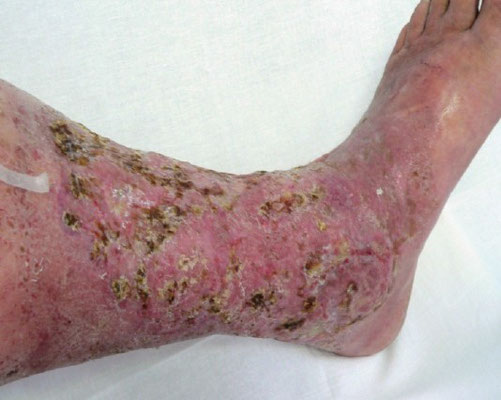 After 11 days - wound is actively granulated
and epithelialized. PAWT was terminated